A few years back, the future of American health policy appeared to hinge on how similar medical care was to broccoli. It was March 2012, and the Affordable Care Act (a.k.a. Obamacare) was before the Supreme Court. Justice Antonin Scalia zeroed in on its controversial requirement that all Americans purchase health insurance. Yes, everybody needs health care, Scalia conceded, but everybody needs food too. If the government could make people buy insurance, why couldn’t it “make people buy broccoli”?

The Affordable Care Act survived, of course — though not before a fractured court made the expansion of Medicaid optional, leaving millions of poorer Americans without its promised benefits. But the question Justice Scalia asked remains at the heart of a debate that has only intensified since: Why is health care different? Why does it create so much more anxiety and expense, heartache and hardship, than does buying broccoli — or cars or computers or the countless other things Americans routinely purchase each day? 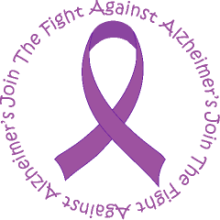