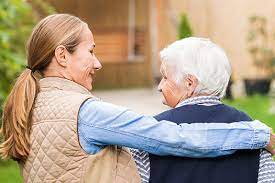 More than half of Americans 50 and older — 54 percent — are considered to be caregivers because of the help they provide to one or more people 65 and older, according to the most recent findings of the University of Michigan’s ongoing National Poll on Healthy Aging. Most often, caregiving involves helping with health care, usually through making appointments, talking with doctors and handling insurance issues, but it can also include assisting with home cleaning, yard work, grocery shopping, meal preparation, banking and bill paying. The survey found that nearly all caregivers (94 percent) are not being paid for their help, and nearly half (47 percent) have been helping out for at least three years. The most frequent recipients are parents (45 percent of the time) and friends or neighbors (19 percent). The researchers note in their report that such support “is often essential for aging in place and managing chronic conditions” — issues that people increasingly confront as they age. The Census Bureau projects that, by 2034, older adults will outnumber children for the first time in U.S. history and, by 2040, 1 in 5 Americans will be 65 or older. That reflects a worldwide trend, with every country seeing a greater percentage of older people in its population, according to the World Health Organization. The WHO predicts that, by 2050, the global population of people 60 and older will double (to 2.1 billion) and the number of people 80 and older will triple (to 426 million).

This article is part of The Post’s “Big Number” series, which takes a brief look at the statistical aspect of health issues. Additional information and relevant research are available through the hyperlinks.146Comments

Mask mandates help reduce COVID, but can make it harder for deaf people to communicate